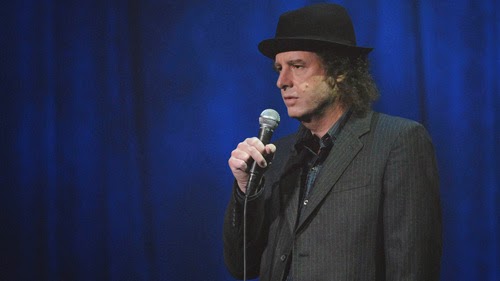 I am of the opinion that writing one-liners is no less an art form than writing epic novels. To continue King’s thread of thought, some comedians write in chapters. George Carlin, for instance, or Bill Cosby, or Louis C.K. They are storytellers, setting scenes, injecting the writer’s comedic voice along the way. Tone is as important as technique. Other comics write in paragraphs—like Jerry Seinfeld, who sets up a bit and delivers a punch line, like shaping a paragraph with a payoff at the end.

But some masters of comedy write in sentences—one-liners, very funny self-contained morsels. It is a proud line of pithiness that stretches from Aristotle (“On his feet he wore… blisters.”) to Winston Churchill (“There but for the grace of God—goes God.”) to Groucho Marx (“I’ve had a perfectly wonderful evening, but this wasn’t it.”) to Woody Allen (“I failed to make the chess team because of my height.”)

I happen to believe that Steven Wright belongs among that illustrious group. Sure, you haven’t seen much of him over the past couple of decades. But maybe you remember when he won an Academy Award for a 30-minute short film he wrote in 1989. Upon accepting the Oscar, he said, “Now I’m sorry I cut out that last hour-and-a-half.” That is the kind of concise incisiveness that made legends out of Mark Twain and Will Rogers. And Wright is still around. He turns 60 in 2015.

So amid this Why Not 100 blog that celebrates all things literary, we would be remiss in not honoring the author of some of the world’s funniest one-liners. All of the jokes below have been credited to Wright, although you can’t be sure that he wrote every single one of them. It’s the one certainty of the internet. Still, the list isn’t as much about the man as it is about the method: We all have our own way of structuring a story. Everyone builds with different blocks. Some people do it one line at a time.

1. I intend to live forever—so far, so good.

2. I went to a restaurant that serves "breakfast at any time.” So I ordered French Toast during the Renaissance.

3. How do you tell when you're out of invisible ink?

5. What happens if you get scared half to death twice?

6. I spilled spot remover on my dog. Now he's gone.

7. What's another word for Thesaurus?

8. One time a cop pulled me over for running a stop sign. He said, "Didn't you see the stop sign?" I said, "Yeah, but I don't believe everything I read."

9. If at first you don't succeed, then skydiving definitely isn't for you.

10. To steal ideas from one person is plagiarism; to steal from many is research.

11. I used to work in a fire hydrant factory. You couldn't park anywhere near the place.

13. The problem with the gene pool is that there is no lifeguard.

14. All those who believe in psychokinesis raise my hand.

16. Everyone has a photographic memory. Some just don't have film.

17. Change is inevitable… except from vending machines. 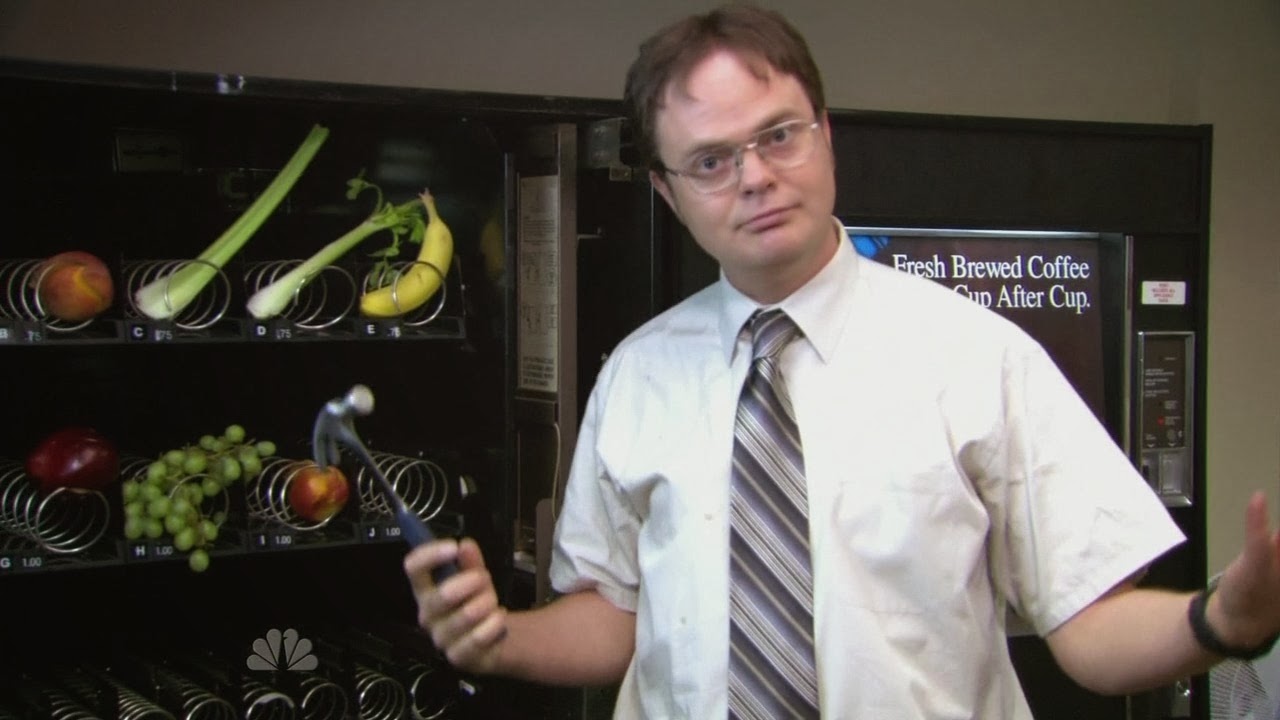 18. My theory of evolution is that Darwin was adopted.

19. When everything is coming your way, you're in the wrong lane.

23. I almost had a psychic girlfriend but she left me before we met.

24. Yesterday I parked my car in a tow-away zone...when I came back the entire area was missing.

25. Right now I'm having amnesia and deja vu at the same time.

26. If you are in a spaceship that is traveling at the speed of light, and you turn on the headlights, does anything happen?"

27. I was in the first submarine. Instead of a periscope, they had a kaleidoscope. "We're surrounded."

28. When I turned two I was really anxious, because I'd doubled my age in a year. I thought, if this keeps up, by the time I'm six I'll be ninety.

29. Sponges grow in the ocean. That just kills me. I wonder how much deeper the ocean would be if that didn't happen.

30. I went to a general store. They wouldn't let me buy anything specifically.

31. I hate it when my foot falls asleep during the day because that means it's going to be up all night.

32. I have two very rare photographs. One is a picture of Houdini locking his keys in his car. The other is a rare photograph of Norman Rockwell beating up a child.

33. A lot of people are afraid of heights. Not me, I'm afraid of widths.

34. If you were going to shoot a mime, would you use a silencer?

35. Last week I forgot how to ride a bicycle.

36. I took lessons in bicycle riding. But I could only afford half of them. Now I can ride a unicycle.

37. There was a power outage at a department store yesterday. Twenty people were trapped on the escalators.

38. I installed a skylight in my apartment... The people who live above me are furious.

39. In my house there's this light switch that doesn't do anything. Every so often I would flick it on and off just to check. Yesterday, I got a call from a woman in Madagascar. She said, "Cut it out."

41. There's a fine line between fishing and standing on the shore looking like an idiot.

42. I bought some powdered water, but I don't know what to add to it.

44. Hard work pays off in the future. Laziness pays off now.

45. Eagles may soar, but weasels don't get sucked into jet engines.

46. Half the people you know are below average.

48. If you must choose between two evils, pick the one you've never tried before.

49. Cross country skiing is great if you live in a small country.

51. I was born by Caesarian section...but not so you'd notice. It's just that when I leave a house, I go out through the window.

52. Dancing is a perpendicular expression of a horizontal desire.

53. A conscience is what hurts when all your other parts feel so good.

54. Experience is something you don't get until just after you need it.

55. Drugs may lead to nowhere, but at least it's the scenic route.

58. I know the guy who writes all those bumper stickers. He hates New York.

60. I still have my Christmas Tree. I looked at it today. Sure enough, I couldn't see any forests.

61. Droughts are because god didn't pay his water bill.

62. On the other hand, you have different fingers.

63. I went to the museum where they had all the heads and arms from the statues that are in all the other museums.

65. Someone told me half of all car accidents happen within a mile of your house. So I moved.

66. You can't have everything. Where would you put it?

67. Yesterday I told a chicken to cross the road. It said, "what for?"

68. When I was a little kid we had a sand box. It was a quicksand box. I was an only child... eventually.

70. Plan to be spontaneous tomorrow.

71. Someone sent me a postcard picture of the earth. On the back it said, "Wish you were here."

72. You know how it is when you're reading a book and falling asleep, you're reading, reading... and all of a sudden you notice your eyes are closed? I'm like that all the time.