54 STORIES WRITTEN FOR ONE MAGAZINE

I stay up late. That’s just how my biological clock rolls. But it’s also because I’m a writer, and I traffic in ideas, and the middle of the night is when everyone else asleep. So all the ideas are hanging out there, ripe for the picking.

I’ve been a fulltime freelancer and author for nearly a quarter-century, since I was 23 years old. I write for a living. But for some reason, people often think that all I do is write. When really, what I mostly do is think. I imagine. I wonder. I research. I query. I pitch. Then I write it up. But the pursuit of the idea is the large part of the adventure.

I love the idea of ideas—the fact that it’s possible to summon some sort of creative notion that hasn’t necessarily been conjured before. To be honest, I tend to enjoy the imagining even more than the writing. But if my file cabinets brimming with past and future (and occasionally rejected) story ideas are any indication, finding subject matter is the easiest part of my job.

But rather than telling you that, I’ll just show you—by exploring the articles that I have written for a single magazine and musing on the origins of many of them.

I have long been listed as a contributing editor for my college publication—Cornell Alumni Magazine. Basically, that means I write for them so often that they kindly added my name to the masthead. I have always welcomed the opportunity to write for CAM because it’s not a magazine about sports or quilting or parenting. It’s about anything. A story simply need be compelling and have some attachment to the university—a place that has churned out thousands of fascinating graduates over the years.

So how have I found suitable story ideas? You name it.


I wrote a story about actress Jane Lynch because I came across a mention of her in the Class Notes section of the magazine. Same goes for Steve Mazlin, a fellow who built a radio telescope in his backyard. And longtime Sesame Street writer Belinda Ward (yes, I got to meet Oscar the Grouch). And Gordon Harris, a man who raises miniature horses in Ohio. Trust me, you haven’t lived until you’ve stood in a pasture while dozens of mini horses gallop around you—it’s as adorable as it sounds).

On occasion, I’ll encounter something in a book I’m reading, and it will turn into a feature. That’s how I first became aware of Carolyn Goodman, mother of Andrew Goodman, one of the three civil rights volunteers infamously murdered in Mississippi in 1964. I soon discovered Carolyn’s amazing life story and wrote a feature about her for CAM. Carolyn then asked me to co-author her memoirs, which eventually led to publication of My Mantelpiece from Why Not Books.

I wrote a feature about tennis champion Bill Larned because I noticed his name in the fine print as I leafed through a sports encyclopedia while sitting on the john. There he was, listed as the 1892 intercollegiate tennis champion. Once I escaped the bathroom, I did more research and discovered that he later won seven national titles and was among the ten best players in the world 19 times over the next 20 years. Then I wondered: What happened in that one year—1898, in the middle of his career—when he wasn’t ranked? Well, it turns out that was the year when he was one of Teddy Roosevelt’s Rough Riders. Suddenly, it was a great, great story.

But it all started on the john.

I’ve found lots of stories by becoming one with Google. I’ll search for, say, “Cornell graduate September 11th” and come up with the remarkable story of Chris Ganci, who became a firefighter after his father, Peter Ganci, was the highest-ranking firefighter to perish on 9/11. I’d search for “Cornell University comedian” and discover Negin Farsad, who uses her comedy to further audiences’ understanding of her Muslim heritage. When the 100th anniversary of the Titanic was approaching a few years ago, I Googled “Cornell alumnus Titanic” and found four graduates who were aboard the ill-fated ship. Two of them survived.

Sometimes the ideas come from within—via some old-fashioned creative curiosity. I wondered, for instance: How many credits of classes can I squeeze into one day? So I returned to college and attended ten classes (29 credits) from dawn to dusk. I’ve written stories asking: Whatever happened to the letter sweater? How often is Iowa’s Cornell College confused with Cornell University? How many Cornell graduates have reached age 100?  How does the Class of 2000 compare with the Class of 1900?

Finally, on occasion, my own experiences have led to stories—whether it was my stint as a contestant on “Who Wants to be a Millionaire” way back in 2000 or the time that a Deadhead pal of mine informed me that a 1977 concert at Cornell ranks as perhaps the Grateful Dead’s most legendary show. I wrote up a story called “The Legend of 5-8-77.”

Much more profoundly, I drew upon my memories of a woman named Judy Mozersky. Judy was 19 in 1989 when she suffered a severe brainstem stroke. Her condition, unchanged for a quarter-century, is known as “locked in.” She is completely cognitively aware, but she cannot move a muscle. She communicates through eye movements and even “dictated” a brief book, Locked In, about her early experiences. I’ve revisited her story twice for the CAM. She is the most inspiring person I’ve ever met, and they may be the best magazine pieces I’ve ever written.

So my job—the job of most writers, really— is simply to remain alert and creative, and grab ideas when they arrive from whatever source. Then I just turn those ideas into compelling stories.

That process led to the following list: 54 profiles (selectively chosen from many more) that I’ve contributed to that one publication. The point is to convey that successful freelancing is as much about the what you write about as about the words themselves. I’ve tried to categorize them a bit, but I hope you can appreciate the diversity—stories about everyone from a Supreme Court chief justice to a sex educator to a serial killer: 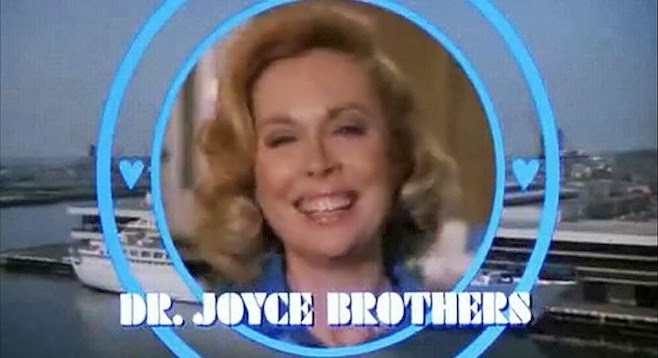