I just finished reading a really unusual book called “S.” It was conceived by J.J. Abrams, the brilliant guy behind the TV series “Lost,” which I absolutely loved until I absolutely hated it. (I felt like it was equivalent to reading a 3,000-page Sherlock Holmes mystery in which none of the clues actually wound up mattering because it was all a morphine-fueled excursion into another dimension). Abrams is also the guy who was handed the keys to the modern film versions of Star Trek and Star Wars and Mission Impossible. Brilliance begets good fortune—and a certain pop culture responsibility.

But about the book… “S” is an idea that would have been immediately discarded as far too expensive and outside-the-box if it had been proposed by just about anyone less creatively successful. As Abrams tells it, he was at LAX more than a decade ago, when he came across an abandoned book signed by a mysterious woman named Janet. It sparked an idea that was finally realized when he recruited novelist Doug Dorst to write up a tale (two tales, actually) and Mulholland Books to publish it.

The tagline: One book. Two readers. A world of mystery, menace and desire.

A young woman picks up a book left behind by a stranger who, as evidenced by his notes written in the margins, is entranced by the story (a novel called Ship of Theseus) and the enigmatic writer (a secretive and mysterious fellow called V.M. Straka). The readers—a college senior named Jennifer and a disgraced grad student named Eric—eventually begin to write to each other on the pages of the book. So it is essentially a double-story-intertwined. One is a mysterious sort of adventure tale, the other a beguiling sort of love story in the margins. What a cool idea.

It is basically two books in one, and “S” is the title of the meta-concept. Thus it is a long read with a short title. Add here’s where I finally get to the point of this post—it’s not even the first book called “S.” John Updike wrote one. And several authors wrote a collaborative novel of the same name. And Thomas Pynchon wrote “V.” Andy Warhol wrote “A.”

Here are 33 of the shortest book titles you’ll ever come across—along with a very short synopsis of each:

If the concept is compelling, it’s even better when you see it. It is a fake artifact—Ship of Theseus looks exactly like a very old library book, printed in 1949, yellowed pages and all. And inside are not only the writing in the margins, but also ephemera tucked into the pages—receipts, postcards, notes on napkins, telegrams. It is, befitting Abrams’s career, more than a book. It is a production.

New Englander Sarah P. Worth has become enamored of a Hindu mystic called the Arhat and goes west to join his ashram in Arizona. There she struggles to achieve moksha (salvation, release from illusion). “S.” details her adventures in letters and tapes dispatched to her husband, her daughter, her brother, her dentist, her hairdresser, and her psychiatrist—messages cleverly designed to keep her old world in order while she is creating for herself a new one.

Seven fast-paced vignettes by seven authors about a woman named Suzanne (aka Susie, Suze, Anna), each chronicling another moment in her life as a globe-trotting seductress. Publishers Weekly wrote that “this kaleidoscopic chronicle has its own heady appeal, and the abrupt shifts in voice and style, its very disjointedness, may be the only way to communicate the unhinging effect of a woman who lives so completely in the shadow of her own sex appeal.”

One reviewer described this experimental novel as a “great masturbatory ode to Joyce’s Ulysses.” It tells the story of failed pornographer Benjamin Seymour and Finn, a ten-year-old runaway girl. Separately and then together they wander the city, searching for home and family. Taking place mostly over the course of a single day, the novel telescopes out to embrace a wide variety of characters and themes. One chapter is written in the form of newspaper headlines and articles; one chapter is composed of thirteen vignettes; one chapter is written in question and answer form; one chapter is a punctuation-less stream of consciousness monologue; and one chapter, the center of the book and its climax, is written in the form of a full-length screenplay.

Shortlisted for the 2014 Booker Prize, Jacobson’s novel about “a world where collective memory has vanished and the past is a dangerous country” was compared by the Sunday Times to Brave New World and 1984.

Nominated for the National Book Award, it describes the exploits of discharged U.S. Navy sailor Benny Profane, his reconnection in New York with a group of pseudo-bohemian artists known as the Whole Sick Crew, and the quest of an aging traveler named Herbert Stencil to identify and locate a mysterious woman he knows only as "V.”

Weird: One critic described McCarthy as a “young and British Thomas Pynchon.” A nominee for the Man Booker Prize, “C” is the story of Serge Carrefax at the turn of the 20th century. His father experiments with wireless communication while running a school for deaf children. Serge grows up amid the noise and silence with his brilliant but troubled older sister, Sophie: an intense sibling relationship that haunts him as he heads off into an equally troubled larger world, including a German prison camp and the tombs of Egypt.

First published in 1924, Baring’s most famous book looks back wistfully to what he calls the “golden swan-song of European life before the First World War.” The “C” is Caryl Bramsley, an aspiring writer.

In this Booker Prize-winner, protagonist “G” is a young man who forges an energetic sexual career in Europe during the early years of the 20th century, revealing an essential loneliness.

Fear and Loathing in Manhattan? This is an account of the artists and addicts in Warhol’s world. Created from audiotapes recorded in and around the Factory, it follows its characters as they travel through the clubs, coffee shops, hospitals, and whorehouses of 1960s New York City.

The first in a critically acclaimed comic book series. Yorick is the only human survivor of a planet-wide plague that instantly kills every mammal possessing a Y chromosome. Accompanied by a mysterious government agent, a brilliant young geneticist and his pet monkey, Ampersand, he travels the world in search of his lost love and the answer to why he's the last man on earth.

This lauded novel traces the troubled inner life of a mentally ill twelve-year-old boy through the letters of his family, father, camp counselors, and psychiatrist, none of whom offers the solace he finds in a stuffed toy.

The subtitle: The Story of Heathcliff’s Journey Back to Wuthering Heights. The author fills in the story of the missing years of a primary character from Emily Bronte’s classic—and a classic by her sister, Charlotte. It blends together Wuthering Heights and Jane Eyre and solves mysteries in both.

In 1517, Martin Luther nails his ninety-five theses to the door of Wittenburg Cathedral, and a dance of death begins between a radical Anabaptist with many names and a loyal papal spy known mysteriously as "Q."

A 1966 political thriller that turned into a 1969 Oscar-nominated French-language film, it is a thinly fictionalized account of the events surrounding the assassination of a Greek politician in 1963.

Alternately titled The Memory of Childhood, it is a narrative that reflects Perec's effort to come to terms with his childhood and his part in the Nazi occupation of France.

Aimee Dubois answers a phone at 3 a.m. and hears only two gunshots and footsteps. She investigates. The only real clue is a locket bearing the letter “N.”

The memoirs of Grandberry, lead singer of B2K—four talented friends who eventually succumbed to a rift so deep that three of them stopped showing up for sold-out shows.

A biography of Franz Kafka and how he used literature as a means of putting himself on trial.

Often called an “American Agatha Christie,” Rinehart has been credited with coining the phrase “the butler did it” (although apparently she never used it). This is her novel from 1915.

The account of a year in the life of a soldier in Vietnam—from the jungles to the streets of Saigon.

A graphic novel, illustrated by Sue Coe, about the life and times of Malcolm X.

Beaumont’s novel follows the bureaucratic bungling and cutthroat maneuvers of a group of London ad agency employees as they scheme, lie, and lust their way up (and down) the company ladder.

In Beaumont’s follow-up to “E” the staff has moved on to a sleek and self-consciously hip boutique agency. 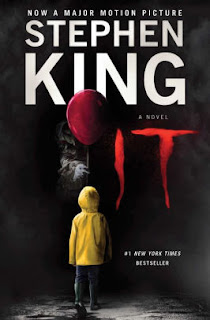 They were just kids when they stumbled upon the horror within their hometown. Now, as adults, none of them can withstand the force that has drawn them all back to Derry, Maine, to face the nightmare without end, and the evil without a name.

A memoir-and-self-help book aimed at provoking the exploration of life's important questions: What is my purpose? What do I believe in? How can I transcend the self? and How can I be happy?

Ping’s sequel to “Be” is less about contemplation and more about action.

In the future everyone on earth is connected shortly after birth to the World Ear and from that point onwards not even speech is necessary.

Subtitle: The Daring Flyer's Remarkable Life Story and his Account of the Transatlantic Flight that Shook the World.

A prade of scientific anomalies, framing the larger anomaly that is human existence.

Zed is having a bad day. She’s 12 and there’s someone around who’s killing kids, which she doesn’t have time for.

It’s not the only book with this title, but this bit of erotica by Nicholson Baker (who also wrote a superior book called “U and I”) is famous for being the phone sex novel that Monica Lewinsky gave to Bill Clinton.

For the indecisive short-title lover. Set during the dark days of World War Two, Christie’s novel puts two unlikely espionage agents, Tommy and Tuppence Beresford, on the trail of a pair of Nazi spies who have murdered Britain’s top agent. 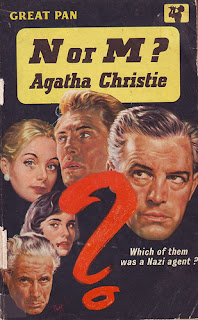