There was a boy in the early 18th century who was a bit of a precocious writer. As a 16-year-old, he attempted to write for The New-England Courant, one of the first newspapers in the American colonies. The Courant had been founded by his older brother, who rebuffed his younger sibling’s attempts at publication. So the teenager adopted an alias. Under the name Silence Dogood, ostensibly a middle-aged widow, he wrote a series of well-received, tongue-in-cheek letters to the newspaper—essays, really. It was his first taste of some measure of fame, albeit under a pseudonym.

A quarter-century later, by which time he had become a famous author, he hoped to draw attention to the injustice of blaming women only when children were born out of wedlock (something with which he was well familiar). So he dressed in female literary garb once more, publishing “The Speech of Polly Baker” in an issue of The Gentleman’s Magazine. He also wrote letters to The American Weekly under the names Caelia Shortface and Martha Careful, as well as a gossip column under the name Alice Addertongue.

So what was his real name? Benjamin Franklin. January 17th is his birthday. Happy birthday, Silence Dogood.


Ben Franklin was not the last famous writer to opt for a literary disguise, of course. Either they later became famous using their real names or they were already famous before adopting a pseudonym.

Here’s a list of two-dozen-plus-one and their less-famous pen names: 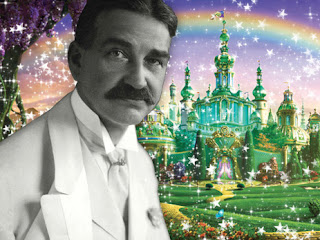 Actually, when you read the list below, it might begin to stagger your sense of reality. Ayn Rand, Mark Twain, Lewis Carroll, George Orwell, Woody Allen, Joseph Conrad, and Toni Morrison… all were fake names. Here a list of 38 such writers, everyone from Anne Rice to Ayn Rand to Ann Landers to Anonymous: