14 MOST EXPENSIVE BOOKS EVER PURCHASED

How much would you pay for a first edition of a classic book? Fifty dollars? Maybe $100? How about several million bucks?  What follows is a list of the 14 highest known prices paid for manuscripts and books.
The first 13 largely represent iconic and ancient texts, although the Declaration of Independence and the Federalist Papers didn’t quite make the list. And there are certainly classics among them, including works by Chaucer and Shakespeare, although original copies of Don Quixote and Alice’s Adventures in Wonderland didn’t quite make the cut either.
But the 14th book? That was auctioned off on December 13, 2007. And it may surprise you:
1) $30.8 million—Codex Leicester
This collection of largely scientific writings by Leonardo da Vinci was named after Thomas Coke, the Earl of Leicester, who purchased it in 1719. The 72-page original document is considered perhaps the most famous of his 30 journals, covering topics as varied as why fossils can be found in mountains and why the moon is luminous. Bill Gates bought it at Christie’s auction house in 1994. He had its pages scanned into digital image files, some of which were later offered as screen savers.

2) $21.3 million—Magna Carta
In an attempt to limit the King of England’s powers, proclaiming that his will was not arbitrary, the feudal barons of England created this 13th-century document, which got the ball rolling toward the rule of constitutional law. Important stuff. And expensive stuff (in 2007)—especially for what is believed to be a copy of a copy.
3) $14.3 million—St. Cuthbert Gospel
This tiny 7th-century pocket gospel, written in Latin and the earliest surviving intact European book, was placed in St. Cuthbert’s coffin. But it was removed to England’s Durham Cathedral in 1104 and then passed to various collectors over the centuries, eventually landing at Stonyhurst College in Lancashire. The British Library had it on long-term loan for a generation before officially purchasing it in 2012.

4) $14.165 million—Bay Psalm Book
This was the first book printed in what is now the United States—in 1640 in Cambridge, Massachusetts, just 20 years after the pilgrims landed. Eleven known copies exist and can be found at places like Harvard, Yale, the New York Public Library, and the Library of Congress. One of them, now located at the Rosenbach Museum & Library, was once stolen in 1949 by a UCLA student as part of a fraternity initiation. American financier David Rubenstein spent the $14.165 million (a record for a printed book) for a copy previously owned by Boston’s Old South Church.

5)  $13.4 million—Rothschild Prayerbook
This is an illuminated manuscript from the early 16th century, containing 254 folios by a number of leading Flemish miniaturists. It was the property of princes and counts in its first century, then its whereabouts for a few hundred years are unknown until it reappeared in a collection owned by the Viennese branch of the Rothschild family. The family sold the book at Christie’s auction house in 1999, and the price remains a world-record for an illuminated manuscript.

6) $11.7 million—Gospels of Henry the Lion
A 12th-century masterpiece of Romanesque book illumination, probably created around 1175 at the Benedictine Helmarshausen Abbey, it was purchased in 1983 by money raised by the German government and private donors. Until Bill Gates emptied his pockets in 1994 for the topper on this list, it was the most expensive book in the world. I like this part: It is kept in the Herzog August Bibliotek in Wolfenbuttel. For security reasons, it is displayed only once every two years.

7) $11.5 million—The Birds of America
Written and illustrated by naturalist James Audubon himself from 1827-38 and one of only 119 complete copies known to have survived, it includes images of six birds that have since become extinct. This one was purchased by a London-based art dealer in 2010. But several copies of The Birds of America have fetched jaw-dropping prices, including:

8) $8.8 million—The Birds of America
Sheikh Saud Al-Thani of Qatar purchased this one at Christie’s in 2000.

9) $7.9 million—The Birds of America
In January 2012, this copy was purchased at Christie’s by a buyer identified as only “an American collector who bid by phone.”

10) $7.5 million—The Canterbury Tales
Only a dozen copies of the 1477 first edition of Geoffrey Chaucer’s classic are known to exist, and this was the last version in private hands. It was purchased at auction by a couple of London book dealers in 1998. The auctioned copy was originally bought the first Earl Fitzwilliam—for six pounds.

11) $6.16 million—Shakespeare’s “First Folio”
One pound was the original price for Mr.  William Shakespeare’s Comedies, Histories & Tragedies (as it was called), the 1623 published collection of Shakespeare’s plays. About 750 copies were believed to have been printed. Fewer than one-third of those still exist, although 82 of them can be found in the Folger Shakespeare Library in Washington, D.C. This particular copy sold at auction in 2001.

12) $4.9 million—Gutenberg Bible
The first major book printed with movable type in the West, ushering in the age of the printed book, a 15th-century literary icon—yet it’s only 12th on this list. Forty-eight copies are known to have survived, only 21 of them complete. This price was fetched in 1987, but it has been estimated the value of a complete copy today is $25-35 million. 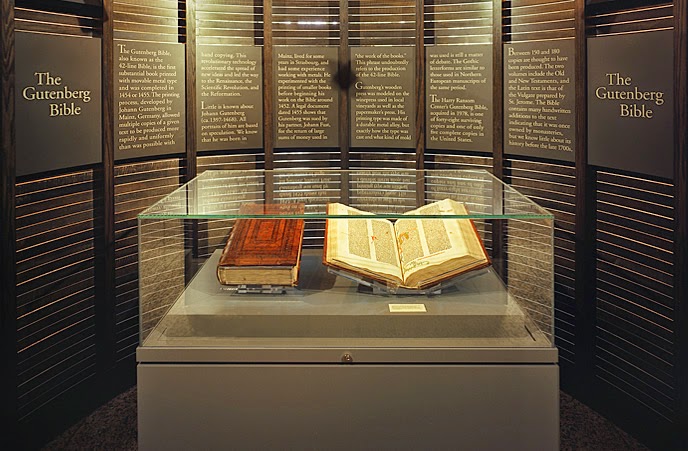 13) $4.5 million—Traite des arbres fruiiers (Treatise on Fruit Trees)
This five-volume set of illustrations and text by Henri Louis Duhamel du Monceau (and illustrated by Pierre jean Francois Turpin and Pierre Antoine Poiteau) was sold in 2006. No book ever written about fruit trees has fetched a higher price.

14) $3.98 million—The Tales of Beedle the Bard
Yes, that’s right. Amid Shakespeare and Chaucer and da Vinci, we have J.K. Rowling’s mass-market offering. But lest you fear that it represents a sign of the apocalypse, consider the story: Rowling handwrote and illustrated seven original copies, giving six to friends and editors. In 2007, she put the seventh up for auction, and Amazon.com paid a smidge under $4 million for it, making it the most expensive modern manuscript ever purchased. Thankfully, the money was donated to a charity called The Children’s Voice.