4 NOVELS WRITTEN BY THE GERBER BABY 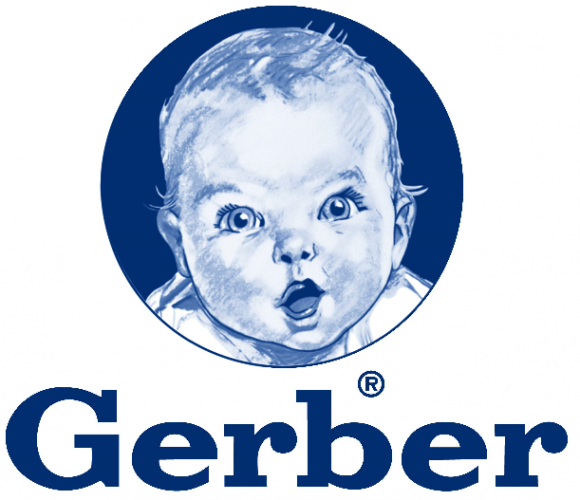 Back in 1927, she was about the same age as the daughter of Dorothy and Daniel Gerber, who produced a line of canned fruits and vegetables at the Fremont Canning Company in Michigan. Tired of hand-straining solid foods for her daughter, Dorothy suggested to Daniel that the work could easily be done at the plant. By late the next year, her suggestion bore fruit in the form of strained prunes, peas, carrots and spinach—the first Gerber Baby Foods line.

After discovering that the Gerbers were seeking a baby’s face as part of a national advertising campaign, artist Dorothy Hope Smith, who specialized in drawing children, submitted a simple charcoal sketch. She told them she could finish the sketch if it were accepted. The Gerber execs told her not to change a thing. By 1931, the popular drawing was the official Gerber trademark (the original sketch is kept in a vault at the company’s headquarters). Its subject—Ann Turner’s parents were friends of the artist—was en route to becoming America’s best-known baby.

I had a very pleasant phone conversation with Cook about a decade-and-a-half ago for a magazine article that I was writing about the origins of iconic logos—you know, the Nike swoosh and the Michelin Man and the NBC peacock. The Gerber Baby is as iconic as any of them. “I don’t take credit,” Cook told me. “I think all babies are adorable. The artist just captured that look that people love.”

Over the years, rumors pinned the baby’s identity on a number of celebrities – from Elizabeth Taylor to Humphrey Bogart to Bob Dole. After the court case, in 1950, after a woman actually sued Gerber (complaining that her child’s likeness was being used), the company asked Cook to sign some papers making it clear that she was, indeed, their beloved baby. She was compensated for the use of her likeness. No baby food was involved, but it was enough money to allow Cook and her new husband to make a down payment on their first house and car.

Then Cook became an English teacher—a beloved teacher for more than a quarter-century. But when she retired in her native Florida, she decided what she really wanted to do was write. So nearly nine decades after bursting upon the scene as the ultimate child star, the Gerber Baby is now a member of the Mystery Writers of America. She is the author of a series of novels set on Florida’s Gulf Coast and featuring Brandy O’Bannon, a reporter and amateur sleuth. Picture Agatha Christie selling strained carrots.

Cook has published four books through iUniverse—one for each month in the age of the Gerber Baby. Here are the opening lines of each of them:

1. Trace Their Shadows (2001)
Brandy O’Bannon looked up at the dormer windows, shrouded in Spanish moss, not because she believed in ghosts—she was open-minded on the question—but because a good ghosts story could save her job on the paper.

2. Shadow Over Cedar Key (2003)
Allison did not think about death when she arrived in Cedar Key, only about the approaching storm. Tense and shaking, she carried her little girl from the car through the wind and rain and up the cabin steps. But the hurricane was not what she feared most.

Brandy O’Bannon sat a Tiki bar, watching the wide Homosassa River glide past, its black waters shimmering under the outdoor lights. She nursed a margarita and toyed with a crab cake, reluctant to return to the rented house alone. Tomorrow was Thursday, the official beginning of her vacation, but it promised to be a solitary one.

4. Micanopy in Shadow (2008)
Ada turned her young face toward the unfamiliar dirt road. It stretched straight before her in the chill October afternoon. After a quarter of a mile, it curved to the right. Two hours ago its oak canopy seemed protective. Now in the fading light, the branches arched above her, darker and more sinister. The only sound was the murmur of leaves. She clenched her fists, stifled a final sob, and strode forward.