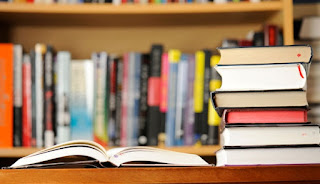 There have been a number of “100 best books” lists over the years. But what happens when you amalgamate those lists to select the books regarded as the best of the best? One enterprising reader (posting online under the name Scerakor) accepted the challenge.

He (she?) chose 11 such lists—from sources as varied as Time, Entertainment Weekly, Goodreads, Modern Library and Reddit—and compared them to find the most recommended books among the top-100 lists. Since today is November 11th—11/11—I thought it might be interesting to look at the 11 most cited books among the 11 lists. So that’s the top 11 from the 11 top-books lists. Interesting, right? One book, Ernest Hemingway’s The Sun Also Rises, appeared on seven of the lists. Another 14 books found their way onto six of the lists:

Oh, and one more: The Hitchhiker’s Guide to the Galaxy (Douglas Adams), which at least lends a somewhat contemporary quality to what is largely an old-school inventory.

If I may just inject my opinion for a moment… How in the heck do three of the 11 lists leave out To Kill a Mockingbird? That should almost be automatic disqualification. Discard those three lists. They don’t even merit scrutiny. Of course, that was the only novel Harper Lee ever published. But I also find it fascinating that, among the 26 books above, no author has more than a single book ranked among the best of the best. Apparently, Animal Farm (Orwell), The Old Man and the Sea (Hemingway) and Mrs. Dalloway (Woolf) just missed, showing up on 5 of the 11 lists. But what about Tom Sawyer? Or one of my favorites, Cannery Row?

There were in fact, two-dozen books that earned mention on 5 of the 11 lists—everything from Crime and Punishment to Pride and Prejudice, from Heart of Darkness to Light in August, from Fahrenheit 451 to 100 Years of Solitude, from The Call of the Wild to The Age of Innocence, and from Lord of the Flies to The Lord of the Rings. Incidentally, The Hobbit made four of the lists. John Irving’s The World According to Garp appeared on five lists, too, but only 2 of the 11 top-100 lists included my other favorite by that prodigious talent, A Prayer for Owen Meany. 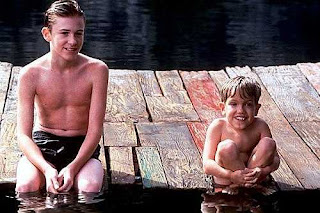 And, of course, the original 11 lists ranked the best novels ever written. Many of the finest books ever produced—Roots, The Right Stuff, Blue Highways—fall under the category of creative nonfiction. But that’s another list for another time.