They say everything in literature is derivative, each creation influenced by a previous one. Perhaps, but there’s plenty of imagination still to be tapped. Most of the good stuff happens late at night, when everyone’s asleep and all the ideas are out there for the taking. That’s why we at Why Not Books aim to create nonfiction that tells untold stories from unique angles, along with clever fiction that doesn’t necessarily adhere to the trend or style of the moment. We pair stories with charities, publicizing the non-profits and donating a portion of the proceeds. We try to think outside the box.

Still… maybe everything really is derivative in one way or another. Consider the following, which shows that you easily can travel from Homer to Harry Potter in 16 steps:

2. In a 14th-century poem set against a backdrop of that very siege of Troy, Geoffrey Chaucer retold in Middle English the tragic story of lovers “Troilus and Criseyde.” Achilles and Hector made appearances, too.


3. About 225 years later, based in part on Chaucer’s work, William Shakespeare penned Troilus and Cressida, a blacker version of the original. During the writing, the Bard’s Twelfth Night was first performed.

Come away, come away, death,
And in a sad cypress let me be laid;
Fly away, fly away breath;
I am slain by a fair cruel maid.

5. According to Christie in The Big Four, the fictional Poirot was born in the very real town of Spa, Belgium.

6. A violinist, Georges Krins, was also born in Spa, in 1889. Twenty-three years later, he boarded the RMS Titanic for its maiden voyage and gained immortality as one of the musicians who played while passengers boarded life rafts. Krins didn’t survive.

7. Novelist Theodore Dreiser, then 40, planned to return from a European vacation aboard Titanic, but his publisher persuaded him to opt for a less expensive ship. A year later, in his memoir A Traveler at Forty, he wrote, “To think of a ship as immense as the Titanic, new and bright, sinking in endless fathoms of water. And the two thousand passengers routed like rats from their berths only to float helplessly in miles of water, praying and crying!”

8. Earlier in his career, as a young newspaper reporter, Dreiser wrote an article about Nathaniel Hawthorne, who published The House of the Seven Gables in 1851.

9. The House of the Seven Gables was adapted for film 89 years after its publication. One of the stars of the movie: Vincent Price. 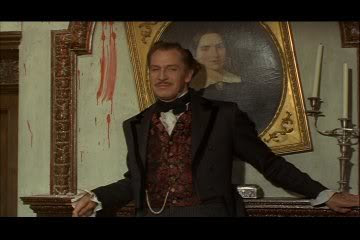 10. A quarter century later, Price made a guest appearance on a television show—Get Smart, created by Mel Brooks.

11. Mel’s son, Max Brooks, became an author and screenwriter, his most successful book being the epic tale of a zombie apocalypse: World War Z.

13. Depp played Hunter S. Thompson in the movie version of Fear and Loathing in Las Vegas.

14. Thompson was a Beat Generation pal of poet Allen Ginsberg.

15. Ginsberg was the focus of a 2013 biopic called Killing Your Darlings, starring Daniel Radcliffe as Ginsberg. 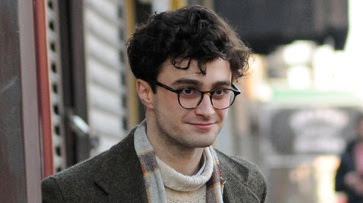 16. A dozen years earlier, Radcliffe skyrocketed to fame by playing a certain wizard by the name of… Harry Potter.