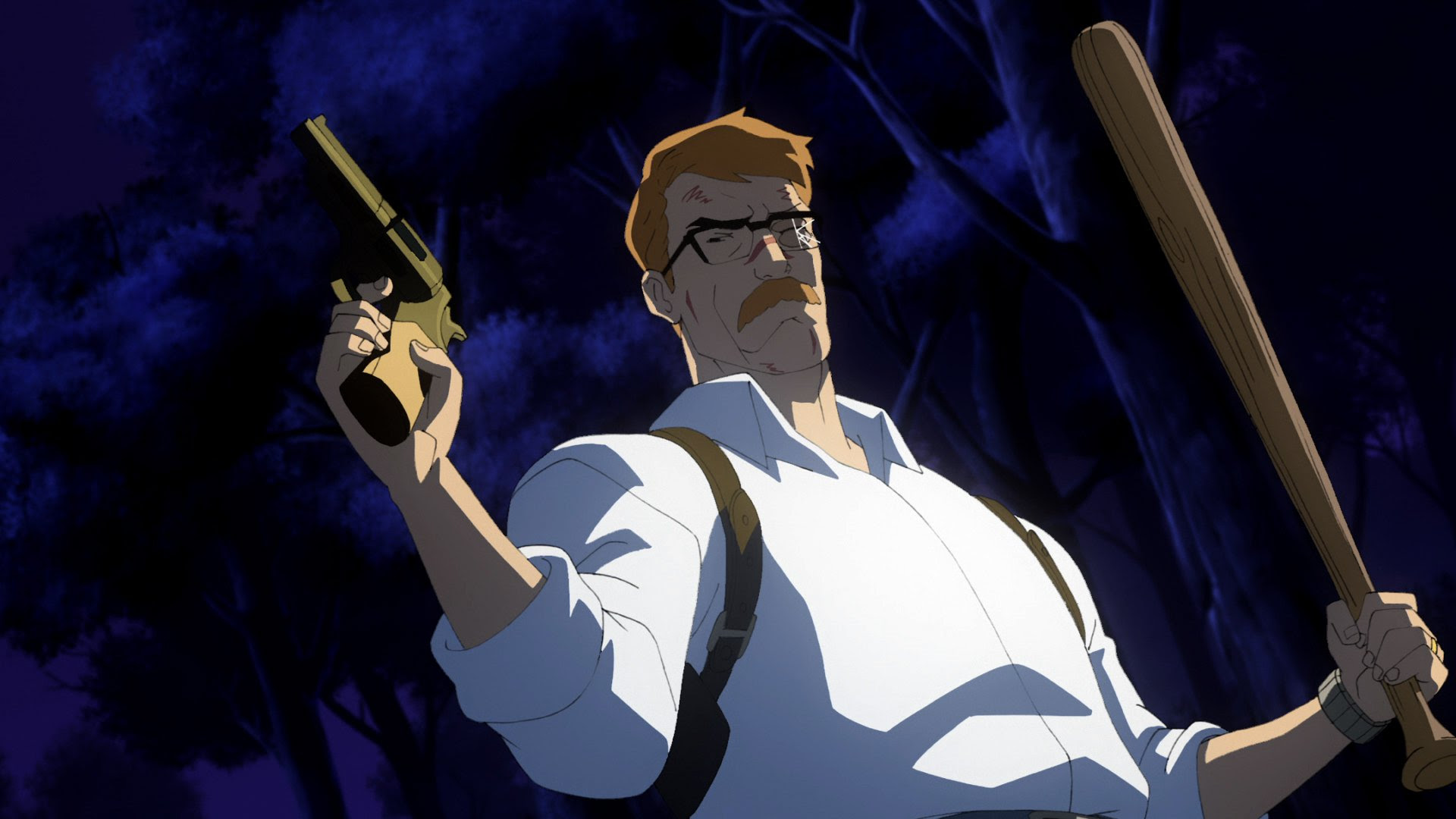 At the start of my career, while I was briefly a sportswriter for The Ithaca Journal in upstate New York, I covered everything from football and field hockey to lacrosse and lightweight football. On the side, I wrote a baseball murder mystery. I called it Hit and Run, which I still believe is a fine title.

The protagonist was a Chicago sportswriter named Austin Pearl, the last name being an obvious reason to give him a daily column called “Pearl’s Wisdom.” The novel focused on the murder of the Chicago White Sox manager during the World Series (yes, at that time, such a thing was pure fantasy—the Sox in the Series, I mean). Interspersed throughout the novel were columns written by Pearl, box scores from the games… and a bunch of red herrings. The story was pretty good, but not good enough to actually send to a literary agent. I was 22. It was my version of batting practice. Maybe someday I’ll revise it and publish it. Maybe.

But the baseball murder mystery is a thriving genre, even without Hit and Run. Maybe it’s because the purity of the game (theoretically, at least) conflicts so wonderfully with murder or arson or theft. Maybe it’s because the arc of a baseball game is an excellent way to understand the notion of narrative flow (just listen to a game on the radio, how the announcers fill in the empty spaces with back story and commentary). Or maybe it’s due to the endless opportunities to manipulate baseball terms into titles.

The following list includes gems like A Player to be Maimed Later and Rally Killer and Caught Stealing. Titles like Murderer’s Row, Suicide Squeeze, and Strike Three You’re Dead have been used more than once. (Green Monster has been used twice, too. Then again, Boston is far and away the most common setting for baseball mysteries).

So let’s play ball, Why Not 100 style. As a nod to two teams playing nine innings, I offer 99 baseball mysteries for young and old:


FOR BIG LEAGUERS:
1. Murderer’s Row (edited by Otto Penzler)
And anthology of baseball mysteries from Elmore Leonard, Lawrence Block, and others.

2. The Final Detail (Harlen Coben)
A man is arrested for the murder of a has-been ballplayer attempting a comeback.

3. Mortal Stakes (Robert W. Parker)
A Boston Red Sox pitcher who might be throwing games has a wife who is being blackmailed.

4. Double Play (Robert W. Parker)
A man is hired as Jackie Robinson’s bodyguard, and it might prove fatal.

6. Murder at Ebbets Field (Troy Soos)
In 1914Brooklyn, Rawlings matches wits with a killer who seems to have the ability to vanish.

7. Murder at Wrigley Field (Troy Soos)
Now it’s 1918 in Chicago. The Cubs are being sabotaged, and Rawlings’s best friend is killed.

8. Hunting a Detroit Tiger (Troy Soos)
Murder and union intrigue amid the Communist Scare of 1920.

9. The Cincinnati Red Stalkings (Troy Soos)
A die-hard fan is killed amid the grand opening of an exhibit honoring the 1869 Red Stockings.

10. Hanging Curve (Troy Soos)
A black baseball, the Ku Klux Klan, a lynching, and a mystery.

11. The Dead Pull Hitter (Alison Gordon)
Sportswriter Kate Henry finds that someone has used a player’s skull for batting practice.

12. The Last Man Out (Donald Honig)
A Dodger is accused of murdering a wealthy socialite.

13. The Plot to Kill Jackie Robinson (Donald Honig)
A sportswriter is convinced that someone is plotting to kill Robinson before he can make history.

15. Drover and the Designated Hitter (Bill Granger)
A sportswriter-turned-sleuth investigates the attempted murder of a power hitter.

16. A Handy Death (Robert L. Fish and Henry Rothblatt)
A former New York Mets star incites a prison riot after being sent there for shooting a man.

19. Sacrifice Fly (Tim O’Mara)
A student who is a potential baseball star is suspected of murdering his father.


21. The Universal Baseball Association, Inc. (Robert Coover)
An owner of a fantasy baseball team’s life changes with the murder of a star pitcher.

22. Curveball (Bill Kennedy)
A pitcher-turned-professor tries to save a senator’s daughter from the mob.

23. Screwball (David Ferrell)
What if the Red Sox lineup that might end an 80-year-old curse includes a serial killer?

24. Only the Wicked (Gary Phillips)
A murder investigation set amid the Negro Leagues.

25. A Player to be Maimed Later (John Billheimer)
Reporter Lloyd Keaton’s biography of a retiring pitcher turns into a complex mystery.

26. Field of Schemes (John Billheimer)
Fake steroids. A real drug test. A murder. Lloyd Keaton is on the case.

28. Rally Killer (Allen Schatz)
A suicide. An explosion. A mystery. And again Marshall Connors is in the middle of it.

30. A Pitch for Justice (Harold Kasselman)
A beaned batter, an investigation, a courtroom drama, a possible criminal conspiracy.

31. The Big Hit (Dwight Mathieu)
A murder mystery beings under the bleachers of a small-town ballpark.

An abandoned baby is found in the clubhouse at Fenway Park, and that’s just the beginning.

33. Murderer’s Row (Crabbe Evers)
The Duffy House Mysteries series (by two authors who call themselves Crabbe Evers) stars a retired sportswriter sent to various ballparks to investigate everything from arson to murder.

37. The Deadly Tools of Ignorance (Robert Elias)
Described as “Good Will Hunting meets The Rookie on the Field of Dreams.”

40. Curveball (Jen Estes)
An aspiring ballplayer turns up dead, and McDaniel is on the case.

41. Double Play (Jen Estes)
McDaniel finds herself embroiled in a mystery amid the world of high-stakes baseball betting.

42. Brushback (Jen Estes)
A minor league player is arrested for the death of a baseball groupie.

44. A Minor Case of Murder (Jeff Markowitz)
This installment of the Cassie O’Malley Mystery series involves a death at the ballpark.

45. Foul Ball in Beantown (G.S. Rowe)
Will Beamon is caught up in a controversy surrounding the 1918 Cubs-Red Sox World Series.

46. Baseball Cat (Garrison Allen)
A “Big Mike” mystery—Mike being a cat who solves a baseball murder with Penelope Warren.

47. Suicide Squeeze (Victor Gischler)
Some men are willing to kill for a baseball card signed by Joe DiMaggio.

49. Murder at the Baseball Hall of Fame (David Daniel and Chris Carpenter)
An ex-cop witnesses the death of a former major league pitcher.

51. Strike Three You’re Dead (R.D. Rosen)
The star relief pitcher of the Providence Jewels is left to die in a clubhouse whirlpool.

54. Squeezeplay (David F. Nighbert)
Cochran attempts to find the truth behind the death of his friend, a Houston Astros pitcher.

57. The $10,000,000 Card Murder (Kathleen Gilman)
A priceless Honus Wager baseball card is stolen and a man is found murdered.

58. The Stray Pitch (Marilyn Bos)
Wendy Winkworth is hired to investigate a murder by the owner of a girls’ baseball league team.

59. Glitter of Diamonds (N.J. Lindquist)
A couple of detectives try to catch a murderer swinging a lethal bat.

60. Caught Stealing (Charlie Huston)
A former ballplayer’s past comes back to haunt him on Manhattan’s Lower East Side.

62. Ballpark Mysteries #2: The Pinstripe Ghost (David A. Kelly)
Is the ghost of Babe Ruth himself really searching for his missing locker?

64. Ballpark Mystery #4: The Astro Outlaw (David Kelly)
After a pre-game pilfering, Mike and Kate attempt to recover an astonaut’s moonrock.

65. Ballpark Mystery #5: The All-Star Joker (David Kelly)
Who is trying to frame catcher Josh Robinson at the All-Star Game in Kansas City?

66. Ballpark Mystery #6: The Wrigley Riddle (David Kelly)
Someone is stealing patches of ivy from the ballpark’s iconic outfield walls!

68. Ballpark Mysteries #8: The Missing Marlin (David Kelly)
Rare fish are being filched from the tanks at the Miami Marlins’ new ballpark.

69. Ballpark Mysteries #9: The Philly Fake (David Kelly)
Kate and Mike have to help the Phillie Phanatic clear his name.

70. The Mystery at the Ballpark (Gertrude Chandler Warner)
A Boxcar Children special—the Alden kids uncover a plot to sabotage a local baseball team.

71. The Home Run Mystery (Gertrude Chandler Warner)
The Boxcar Children investigate a team that seems to be hitting too many home runs.

72. The Spy in the Bleachers (Gertrude Chandler Warner)
Who is stealing the other team’s signs? The Boxcar Children investigate.

74. The Missing Mitt (Franklin W. Dixon)
A Hardy Boys mystery in which the boys must help their teammate find his lucky mitt.

77. Meg Mackintosh and the Case of the Missing Babe Ruth Baseball (Lucinda Landon)
To solve an old mystery, Meg follows a series of notes left in her grandmother’s house.

78. Young Cam Jensen and the Baseball Mystery (David A. Adler)
A girl uses her great memory to find a missing baseball.

81. The Baseball Sleuth (Mark Fidler)
Amid an exciting baseball season, a boy and his friend unravel the mystery of a buried body.

82. The Sluggers Club (Paul Robert Walker)
A Little League team investigates the disappearance of their equipment.

87. The Ballgame with No One at Bat (Steve Brezenoff)
A minor league baseball game is cancelled with a cash register is stolen.

88. Say It Ain’t So (Josh Berk)
Someone is stealing a seventh-grade catcher’s signals. Who and why?

90. Tiger Heat (Sigmund Brouwer)
When a baseball-playing friend gets hurt, it’s up to Jim McCloskey to solve the case.

93. Little League Murders (A.O. Belgum)
A couple of young ballplayers discover the body of a coach in a dugout and investigate.

94. The Baseball Card Mystery (Veda Boyd Jones)
Sam Morgan and his pals attempt to locate the source of counterfeit cards.

95. Nate the Great and the Stolen Base (Marjorie Weinman Sharmat)
Somebody stole the purple plastic octopus that was serving as second base.

96. Mystery at the Baseball Hall of Fame (Nancy Van Wie)
Max, the koala detective, and four animal friends encounter a mystery in Cooperstown.

97. Blast from the Past (Matthew Loehle)
A 9-year-old runaway lives at Yankee Stadium and discovers a mystery.

99. Forgotten Heroes (Michael Anthony Steele)
A found baseball card from 1935 leads Joe Talbot and his dog Wishbone to a mystery.