13 SHORT STORIES THAT INSPIRED A MASTER OF THE GENRE

Did you know that Tom Clancy’s favorite book is 20,000 Leagues Under the Sea? Stephen King’s is Lord of the Flies. Jonathan Franzen loves Toni Morrison’s Song of Solomon. Or how about creative types like Tom Hanks (In Cold Blood) and Matt Damon (A People’s History of the United States). Steven Spielberg? His favorite book is The Last of the Mohicans.

Doesn’t it give you a dash of insight into the artist? Professing a literary love is an especially intimate admission, perhaps a tiny glimpse into someone’s soul. Books stay with you—intellectually, emotionally, and often quite literally. A favorite story offers a sense of sensibilities, as it were. And this may be particularly true when you get specific.

Peter Orner is the author Am I Alone Here?, a collection of essays that was 2016 National Book Critics Circle Award, as well as four critically acclaimed books of fiction, including Esther’s Stories and Last Car Over the Sagamore Bridge. The latter was a New York Times Editor’s Choice book for 2013 and a Wall Street Journal Best Book of 2013. He has established himself as a master of the short form, and his stories have appeared in Best American Stories, the Atlantic Monthly and the Paris Review. He also happens to be an old high school pal of mine. So I asked him for a favor in the form of a list of favorites.

What are the stories that he cannot forget? That he re-reads often? The writings that formed a writer? He came up with a list of 13, though he admitted “if I had the list to do over again an hour from now, it would be completely different.” But he is inspired enough by the choices that follow that he described them thusly: “They’ve become so familiar to me that they’re not even stories anymore but things that happened not only to these characters, but to me and my own.”

Here are Peter Orner’s selections—which stories and why:

My definition of a perfect story because it is not, and never will be, perfect. Nor will I ever understand it. The trapeze artist's joy and suffering become more mysterious every time I re-read it. He's up there, on his trapeze, even now, as we speak. I read the story again this morning. Take a look up in the rafters. Otherwise nothing disturbed his seclusion; occasionally, perhaps, some theater hand straying through the empty theater of an afternoon gazed thoughtfully up into the great height of the roof, almost beyond eyeshot, where the trapeze artist, unaware that he was being observed, practiced his art or rested.

2. “Guests of the Nation” by Frank O’Connor

No better story about the horror—and complete and total absurdity—of war. Every politician and general should read it before choosing to spill young blood when there are alternatives.

Head was born in South Africa but exiled to a small village in Botswana, and her stories are about life, from the perspective of both an insider and outsider. “Life” is the name of a character whose dreams can’t be contained by the village. The beer-selling women predict that she’ll eventually “settle down— intelligent girls got jobs in the post office sooner or later.” But Life will never work in the post office. Her murder—as swift, direct and no nonsense as the story itself, has haunted me for years. It’s winter in Pittsburgh, and a man comes home after a long time away—to a family that has endured unspeakable tragedy. And yet there is so much light in the story, the kind that can gives you the faith to face another day.

5. “In the Basement” by Isaac Babel

Childhood and all its anxieties have rarely been better captured. Read this story and appreciate everything that makes your own family both wonderful and weird.

This tiny story by a German author and 1972 Nobel Prize winner hones in on the moment when a train is about to leave: a whole world in a single moment. Proof that what matters isn’t the number of words but the level of emotion. Love, loss and leave-taking in three unforgettable pages. 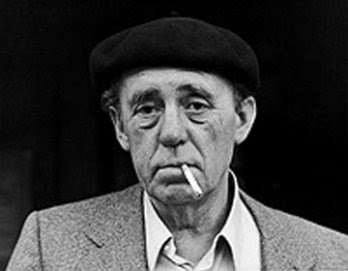 To my mind, the most mysterious ordinary story ever written in English. In busy London, a man leaves his wife and moves around the corner. He thinks one day he’ll go home, but for some reason he never does and the years pile up and pile up… and in the meantime he watches her get old.

8. “The Ice Wagon Coming Down the Street” by Mavis Gallant

About what I call the “Country of Us,”  that strange place created by two people that doesn’t exist on any map: coupledom. You know what I mean? How couples create their own reality? The couple in this story could be the most memorable ever written.

9. “The Bishop” by Anton Chekhov

Among Chekhov’s last stories, it’s about a bishop on his deathbed looking back and seeing, among many other things, that it was the small, seemingly inconsequential things that constituted his life. Not the prestige of his office, which means nothing. I’d like to have this in my hand when I take my last breath.

This story has a voice that never stops speaking to me. An entire life—an entire universe—in 10 pages. I was popular in certain circles, says Aunt Rose. I wasn’t no thinner then, only more stationary in the flesh. By the end, she’ll be your Aunt Rose too. She’s been mine since I first read it.

Considered by many to be Mexico’s greatest writer, Rulfo wrote just two books: Pedro Paramo, a novel so important to Garcia Marquez that he is said to have memorized it; and The Burning Plain, a collection of stories that includes “Luvina.” A bar story, set in a desert. One man’s on a quest; the other has already lived his life and is full of warnings. And outside night kept on advancing. Doesn’t it? For us all? Always?

I’ll say it: This is the most moving American story ever written. (Until I change my mind.) A man who knows he’s going to die within hours has to arrange for the care of his grown son, a son so disabled he can’t take care of himself. The portrait of parental love and grief at its most raw.

A multi-layered story about a lonely librarian and a soldier off at war. Full of so many unexpected turns that every time I read it I’m stunned all over again. Favorite scene: the hallucination at the end, when a moment remembered is far more visceral and real than whatever we call the present.