3. “In the places I go there are things that I see that I never could spell if I stopped with a Z. I’m telling you this ‘cause you’re one of my friends. My alphabet starts where your alphabet ends.” (On Beyond Zebra)

4. “UNLESS someone like you cares a whole awful lot, nothing is going to get better. It’s not.” (The Lorax)

6. “You’re in pretty good shape for the shape that you’re in.” (You’re Only Old Once)

9. “’I’m ruler’, said Yertle, ‘of all that I see. But I don’t see enough. That’s the trouble with me. With this stone for a throne, I look down on my pond, but I cannot look down on the places beyond.” (Yertle the Turtle)

11. “But McBean was quite wrong.  I'm quite happy to say that the Sneetches got really quite smart on that day. The day they decided that Sneetches are Sneetches, and no kind of Sneetch is the best on the beaches.” (The Sneetches)

12. “It could be that his head wasn't screwed on quite right. It could be, perhaps, that his shoes were too tight. But I think that the most likely reason of all may have been that his heart was two sizes too small.” (How the Grinch Stole Christmas)

13. “Marco, keep your eyelids up. And see what you can see.” (And To Think That I Saw It On Mulberry Street)

14. You outghta be thankful. A whole heaping lot. For all the people and places you’re lucky you’re not!” (Did I Ever Tell You How Lucky You Are?) 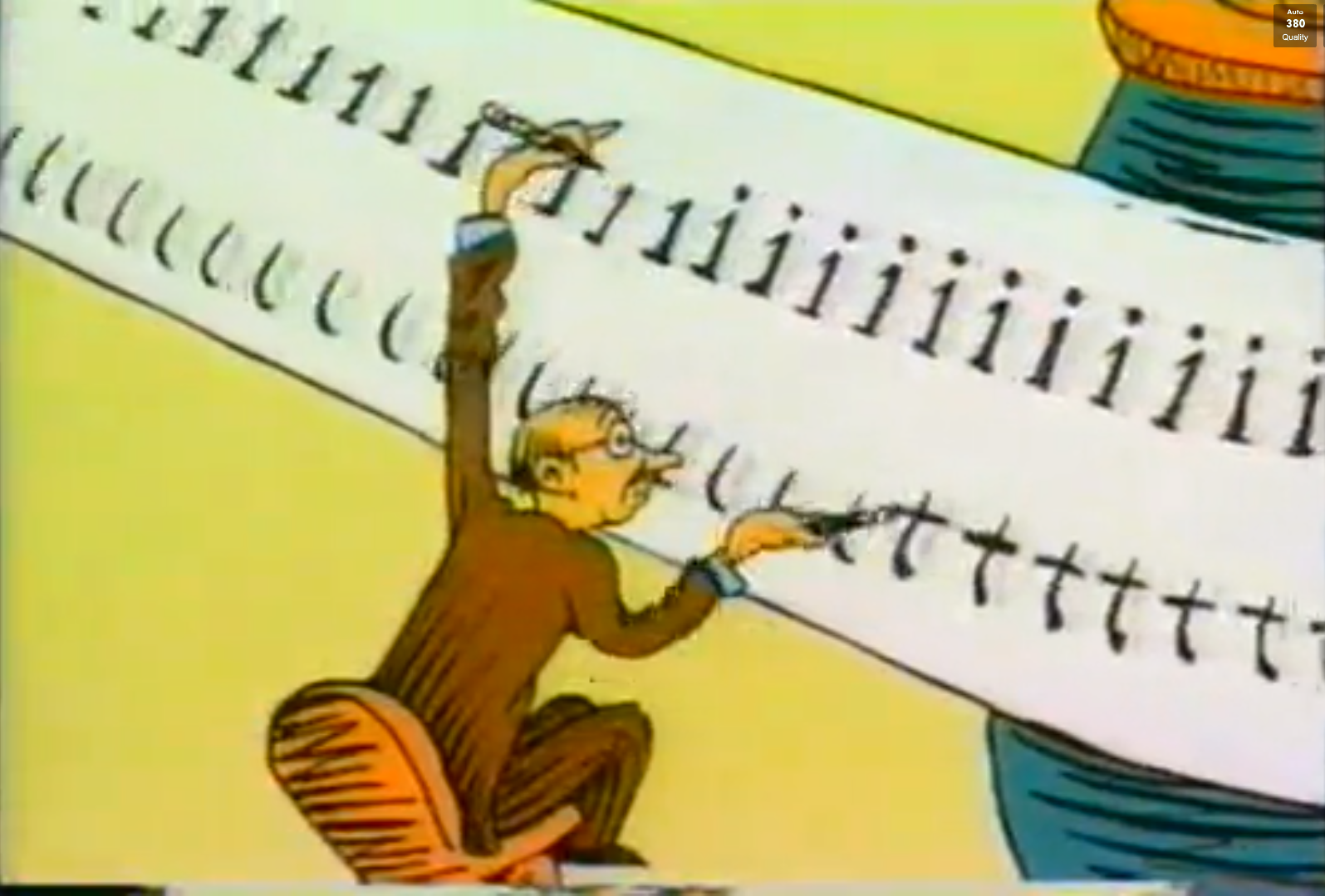 15. “Then the door opened wide. And the Mayor stepped inside. At meetings and greetings there was none to compare. He was best at long speeches, chock-full of hot air!” (Daisy-Head Mayzie)

16. “And today the great Yertle, that Marvelous he, is King of the Mud. That is all he can see. And the turtles, of course… all the turtles are free as turtles and, maybe, all creatures should be.” (Yertle the Turtle)

19. “My father can read big words, too. Like CONSTANTINOPLE and TIMBUKTU.” (Hop on Pop)

21. “And I learned there are troubles of more than one kind. Some come from ahead and some come from behind.” (I Had Trouble in Getting to Solla Sollew)

22. “We’ve GOT to make noises in greater amounts! So, open your mouth, lad! For every voice counts!” (Horton Hears a Who)

23. “I’m afraid that sometimes you’ll play lonely games too. Games you can’t win ‘cause you’ll play against you.” (Oh, The Places You’ll Go!)

24.  “And he called to the pests on his horns as he threw ‘em. You wanted my horns, well you’re quite welcome to ‘em.” (Thidwick the Big-Hearted Moose)

26. “I'm Finagle the Agent. You've heard of me, I'm sure. I represent young what's-his-name, and others, now on tour.” (Daisy-Head Mayzie)

29. “Now the Principal, good Mr. Gregory Grumm, was a very nice man, just as smart as they come. He knew more than anyone else in this nation. About long division and multiplication.” (Daisy-Head Mayzie)

30. “Stop telling such outlandish tales. Stop turning minnows into whales.” (And To Think That I Saw It On Mulberry Street) 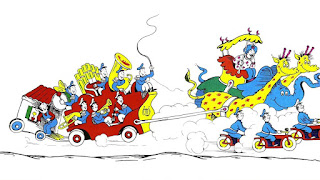 31. “Should we tell her about it? Now, what SHOULD we do? Well… What would you do if your mother asked YOU?” (The Cat in the Hat)

32. “Business is business. And business must grow, regardless of crummies in tummies, you know.” (The Lorax)

33. “And since that day in Katzen-stein all cats have been more grown-up. They’re all more demo-catic because each cat holds his own up.” (King Looie Katz)

35. “But neither Bartholomew Cubbins, nor King Derwin himself, nor anyone else in the Kingdom of Didd could ever explain how the strange thing had happened. They only could say it just “happened to happen” and was not very likely to happen again.” (The 500 Hats of Bartholomew Cubbins)

36. “Well, you know about daisies. When love is in doubt, the job of a daisy is, Try and Find Out!” (Daisy-Head Mayzie)