3 LETTERS FROM AUTHORS TO THEIR KIDS

Great writing can be a slog—it may reek of natural talent, but it tends to be the product of musing and pacing and tweaking and editing and complaining and rearranging. And that’s all in one day. But if we were to search for the purest form of the written word—literature that comes from the heart, fully formed, organic—might we find in the simple act of letter writing? Not necessarily letter writing for posterity’s sake, but also for intimacy. A letter from a parent to a child.

In 2014, Why Not Books published the co-authored memoirs of the late Carolyn Goodman. She was the mother of slain civil rights volunteer Andy Goodman, who was infamously murdered in Philadelphia, Mississippi in 1964. But one of my favorite passages from MyMantelpiece is a letter written by Andy’s father, Bobby Goodman, who somehow managed to be a civil engineer and a dazzling poet simultaneously. It was sent to his oldest son, Jonathan, when the boy was only a toddler in 1942. And it was mailed to New York City from Philadelphia, Pennsylvania, where Bobby was temporarily overseeing a project. Carolyn loved it so much that she saved it for more than 60 years.

This is how the letter began:

Dear Jonathan,
Now that your vocabulary has reached the extensive proportions of many words and varied intonations, and the expression in your wonderful eyes so filled with your own particular meanings, I think it time we started to correspond with one another. I’ll write the first letter and you don’t, unless you wish to, have to answer until you’re off and away to college. And even then, should the press of higher learning consume too much of your time, I won’t mind if you don’t write me as much as I might wish, just so long as you still smile as you do now, and so long as you leap about the world with the joy of living, of discovering new things, of experimenting with your mind through the exciting maze of the world’s way. The important thing for both of us, Jonny, is to keep the spirit you now possess turned toward making the best of what we find around us, not by acquiescing to all things as they are because it is too difficult to mold them closer to our own desire, but by seeing our life as a constant struggle with complacency everywhere.

Damn, that engineer could write. And it makes me wish I had better utilized my passion for the written word—starting when my sons were born, maybe even a few months earlier. Letters as life lessons and legacy—that would have been nice. Alas, I was busy writing about other people, for other people. But thanks to Emily Temple, who compiled a list (at flavorwire.com) of some fascinating letters that iconic writers wrote to their children, I can be a sort of vicarious author-father.

*F. Scott Fitzgerald to his young daughter “Pie” (“I am glad you are happy — but I never believe much in happiness. I never believe in misery either. Those are things you see on the stage or the screen or the printed pages, they never really happen to you in life.”)

*Leo Tolstoy to his son Ilya, who was preparing to marry (“Besides love for you as a son, I have love for you also as a man standing at the cross-ways.”)

*Edgar Rice Burroughs to his grown daughter Joan (“Yes, the Pacific is some puddle, and at the present writing I am no puddle jumper.”)

*Samuel Clemens (Mark Twain), pretending to be Santa Claus in a letter to his three-year-old daughter Susie (“I have received and read all the letters which you and your little sister have written me by the hand of your mother and your nurses; I have also read those which you little people have written me with your own hands—for although you did not use any characters that are in grown peoples’ alphabet, you used the characters that all children in all lands on earth and in the twinkling stars use; and as all my subjects in the moon are children and use no character but that, you will easily understand that I can read your and your baby sister’s jagged and fantastic marks without any trouble at all.”)

But my three favorite letters seem to reflect three different stages of relationship between father and child. One is an attempt to characterize love. One is an attempt to steer a son toward a path of contentment and self-respect. And one appears to be a father bridging a distance—physical and otherwise—with his daughter:

1.     From John Steinbeck to his son, Thom, a teenager who admitted having a crush on a girl at boarding school, 1958:
First—if you are in love—that’s a good thing—that’s about the best thing that can happen to anyone. Don’t let anyone make it small or light to you.
Second—There are several kinds of love. One is a selfish, mean, grasping, egotistical thing which uses love for self-importance. This is the ugly and crippling kind. The other is an outpouring of everything good in you — of kindness and consideration and respect — not only the social respect of manners but the greater respect which is recognition of another person as unique and valuable. The first kind can make you sick and small and weak but the second can release in you strength, and courage and goodness and even wisdom you didn’t know you had.
You say this is not puppy love. If you feel so deeply—of course it isn’t puppy love.
But I don’t think you were asking me what you feel. You know better than anyone. What you wanted me to help you with is what to do about it — and that I can tell you.
Glory in it for one thing and be very glad and grateful for it.
The object of love is the best and most beautiful. Try to live up to it.
If you love someone—there is no possible harm in saying so — only you must remember that some people are very shy and sometimes the saying must take that shyness into consideration.
Girls have a way of knowing or feeling what you feel, but they usually like to hear it also.
It sometimes happens that what you feel is not returned for one reason or another—but that does not make your feeling less valuable and good.
Lastly, I know your feeling because I have it and I’m glad you have it.
We will be glad to meet Susan. She will be very welcome. But Elaine will make all such arrangements because that is her province and she will be very glad to. She knows about love too and maybe she can give you more help than I can.
And don’t worry about losing. If it is right, it happens—The main thing is not to hurry. Nothing good gets away.
Love, Fa 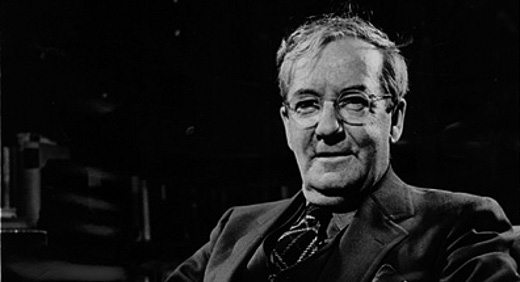 2.     From Sherwood Anderson to his 17-year-old son John, 1926:
The best thing, I dare say, is first to learn something well so you can always make a living. Bob seems to be catching on at the newspaper business and has had another raise. He is getting a good training by working in a smaller city. As for the scientific fields, any of them require a long schooling and intense application. If you are made for it nothing could be better. In the long run you will have to come to your own conclusion.
The arts, which probably offer a man more satisfaction, are uncertain. It is difficult to make a living.
If I had my own life to lead over I presume I would still be a writer but I am sure I would give my first attention to learning how to do things directly with my hands. Nothing gives quite the satisfaction that doing things brings.
Above all avoid taking the advice of men who have no brains and do not know what they are talking about. Most small businessmen say simply — ‘Look at me.’ They fancy that if they have accumulated a little money and have got a position in a small circle they are competent to give advice to anyone.
Next to occupation is the building up of good taste. That is difficult, slow work. Few achieve it. It means all the difference in the world in the end.
I am constantly amazed at how little painters know about painting, writers about writing, merchants about business, manufacturers about manufacturing. Most men just drift.
There is a kind of shrewdness many men have that enables them to get money. It is the shrewdness of the fox after the chicken. A low order of mentality often goes with it.
Above all I would like you to see many kinds of men at first hand. That would help you more than anything. Just how it is to be accomplished I do not know. Perhaps a way may be found. Anyway, I’ll see you this summer. We begin to pack for the country this week.
With love, Dad 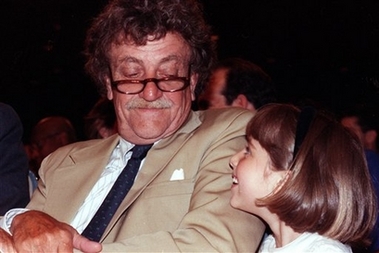 3.     From Kurt Vonnegut to his daughter Nanny, 1972:
You should know that I as a college student didn’t write my parents much. You said all that really matters in your first letter from out there (unless you get in a jam)—that you love me a lot. Mark wrote me the same thing recently. That helps, and it lasts for years. I think I withheld that message from my parents. Either that, or I said it so often that it became meaningless. Same thing, either way.
I promise to take your advice, to try painting again. I quit when the slightly talented ghost who had borrowed my hands decided to take his business elsewhere. Everything was coming together before my eyes for a little while. After that came kindergarten smears.
Most letters from a parent contain a parent’s own lost dreams disguised as good advice. My good advice to you is to pay somebody to teach you to speak some foreign language, to meet with you two or three times a week and talk. Also: get somebody to teach you to play a musical instrument. What makes this advice especially hollow and pious is that I am not dead yet. If it were any good, I could easily take it myself.
One of the most startling things that ever happened to me when I was your age had to do with a woman who was my age now. She didn’t know what to do with her life, and I told her that the least she could do was to learn to play the piano. But my apartment isn’t big enough for a piano, and I’m too lazy to move. Edith has the right idea for lazy people: marry somebody with energy to burn.
I’m going to England for a week next month — to go to college-town openings there of [the movie of] Slaughterhouse-Five. I will think of you, and I will remember with pleasure how shy we were, how sort of gummed-up we were. That was appropriate. It would have been hateful if we had been hilarious, like a father and daughter in a TV show.
Don’t answer this letter for years. Remember me fondly.
Love – K