Here at the Why Not 100, we have our own favorite wizard. It’s Gandalf the Grey. And our favorite boy who suddenly steps into a world of mystery and adventure? That would be Milo from The Phantom Tollbooth. But we can’t deny that Harry Potter is a likeable combination of both, and one of the most compelling aspects of J.K. Rowling’s series is the gradual revelation of the extent of his powers and the possibilities for wizardry.

The Harry Potter books and films contain scores of spells and charms. Some are merely mentioned, and others are cast nonverbally, but at least 86 actual incantations are revealed. So here they are. Use them at your peril:

1. Accio (summons an object to the caster)

2. Aguamenti (produces a jet of water from the caster’s charm)

7. Avis (creates a flock of birds from the caster’s wand)

9. Colloportus (magically locks a door, preventing it to be opened by Muggle means)

10. Confringo (causes anything that the spell meets to explode into flames)

11. Confundo (causes the victim to be confused, befuddled and forgetful)

13. Defodio (can carve or dig out materials, including steel and stone)

14. Deletrius (removes evidence of previous spells cast by the wand)

15. Densaugeo (causes the teeth of the recipient to grow at an alarming rate)

19. Dissendium (reveals a secret passage in the hump of the third-floor one-eyed witch statue) 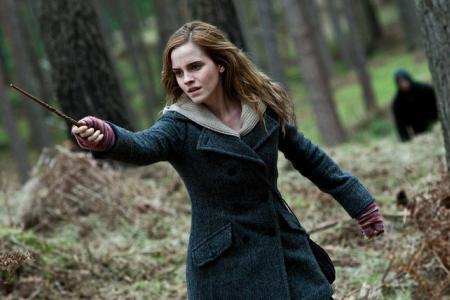 23. Erecto (used to erect something)

27. Expulso (causes an object to explode)

28. Ferula (creates a bandage or splint)

29. Finite Incantatem (negates many spells or the effects of many spells)

31. Furnunculus (causes the target to become covered in boils)

32. Geminio (creates a duplicate of any object upon which it is cast)

33. Glisseo (flattens the steps on a stairway, creating a ramp or slide)

35. Impedimenta (generally impedes the target’s progress toward the caster)

36. Imperio (causes the victim of the curse to obey the commands of the caster)

37. Impervius (makes something repel outside forces and substances)

38. Incarcerous (binds someone or something with ropes)

40. Langlock (glues the victim’s tongue to the roof of his mouth)

41. Legilimens (allows the caster to explore the victim’s emotions, thoughts, and memories)

42. Levicorpus (dangles a victim upside-down by his ankles)

44. Locomotor (causes a named object to rise in the air and move around at the caster’s will)

46. Lumos (creates a narrow beam of light that shines from a wand like a torch)

48. Mobiliarbus (lifts a tree a few inches off the ground and levitates it to where the wand is pointed)

49. Mobilicorpus (lifts a body a few inches off the ground and levitates to where the wand is pointed)

51. Muffliato (keep nearby people from hearing nearby conversations)

53. Obliviate (used to hide a memory of a particular event)

54. Obscuro (causes a blindfold to obstruct a victim’s eyes)

56. Orchideous (makes a bouquet of flowers appears out of the caster’s wand)

57. Pack (Packs a trunk, or likely any luggage)

58. Petrificus Totalus (temporarily binds a victim’s body as if it is a solder standing at attention)

59. Piertotum Locomotor (animates statues and suits of armor to do the caster’s bidding)

60. Point Me (cause the caster’s wand tip to point north like a compass)

61. Portus (turns an object into a portkey)

62. Prior Incantato (reveals the echo or shadow of an image of the last spell cast by a wand)

63. Protego (causes jinxes, curses, and hexes to rebound upon the attacker, or at least reduces their full effect, also can create a shield emanating form the caster’s wand)

64. Protego Horribilis (provides some form of protection against Dark Magic)

65. Protego Totalulm (provides protection of some form for an area or dwelling)

69. Relashio (forces someone or something to release an object)

70. Rennervate (brings someone out of unconsciousness, counter spell to Stupefy)

72. Repello Muggletum (keeps Muggles away from wizarding places by distracting them or making them forgetful)

73. Rictusempra (causes the subject to feel the sensation of being tickled)

74. Riddikulus (causes a Bogart to take the appearance of an object on which the caster is concentrating)

75. Salvio Hexia (provides some form of protection against hexes)

76. Scourgify (used to clean something)

77. Sectumsempra (violently wounds the target, as if slashed by a sword)

78. Serpensortia (conjures a serpent from the caster’s wand)

81. Specialis Revelio (causes an object to reveal its hidden secrets or magical properties)

85. Waddiwasi (appears to launch small objects through the air) 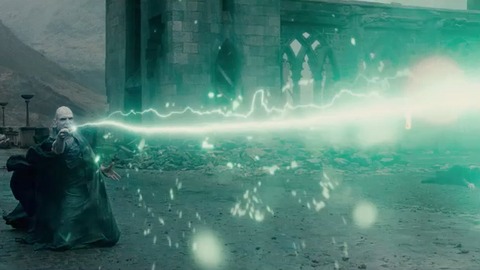