J.R.R. Tolkien, master of Middle-Earth, was very careful about names. Malevolent creatures are duly evil-sounding: Morgoth. Azog. Grima Wormtongue. For the most part, elves have elegant names, befitting the creatures of light who walk atop snow and speak in ancient tongues and live forever. Galadriel. Legolas. Fingolfin. The names of men aspire to elvish elegance, but also hint at ordinariness. Denethor. Eomer. Boramir. Dwarves’ names are largely short, no-nonsense, with a dash of whimsy but as practical as a pick axe. Durin. Gimli. Bofur. Mim.

And then there are the hobbits. A journey into the name of the Shire-folks is like a peek into a bubble far removed from the worries of the world—almost childlike, often silly, exactly what Tolkien intended the Shire to be.

Fourteen-year-old author Luke Herzog, inspired by the works of Tolkien, is careful about names, too. In his first book, Dragon Valley, he gave his five progenitor dragons simply descriptive names—Red, White, Yellow, Blue, and Black. But their descendants were the likes of Frogleap and Snoweye, Darkroot and Rohawk.

In his second fantasy novel, Griffin Blade and the Bronze Finger, he created a world brimming with various creatures. When selecting names he occasionally referenced Latin influences. Often, he closed his eyes, mouthing out different sounds, taking into account the character’s species, lineage, morality… until he came up with just the right name. A dwarf named Kwint. A dark elf named Naymeira. A no-good merman named Ranimus. A minotaur named Bo’cul.

So, because it was The Hobbit that sparked his own flights of fantasy, we’ve asked Luke Herzog to rank the 61 top names of halflings who roamed Middle-Earth.


This isn’t a list of the best hobbits (we know them). Rather, the best names, the ones that elicit the widest grins. He included some interesting random biographical information, too, about some of the less familiar hobbits.

By the way, Luke’s middle name is “Balin,” and he has a dog named “Pippin.” He qualifies as an expert:

5. Bandobras “Bullroarer” Took -- Exceptionally tall for a hobbit (4-foot-5), he led the defense against orcs in the Battle of Greenfields, using his club to knock off the head of an orc named Golfimbul. It went flying into a rabbit hole a hundred yards away. So along with winning the battle, he invented the sport of golf.

8. Gerontius “The Old” Took -- Bilbo Baggins was the only hobbit who reached a more advanced age than “The Old Took,” who ruled as Thain of the Shire for 72 years and died at age 130. He was a friend of Gandalf the Grey and an ancestor of Bilbo, Frodo, Merry, and Pippin.

13. Lotho “Pimple” Sackville-Baggins -- Nicknamed for his complexion, he became an accomplice of Saruman when the latter tried to take over the Shire. He imprisoned Mayor Will Whitfoot, began calling himself “The Boss” and was eventually killed by Grima Wormtongue.

15. Bungo Baggins -- Brother of Bingo, father of Bilbo, and builder of Bag End. 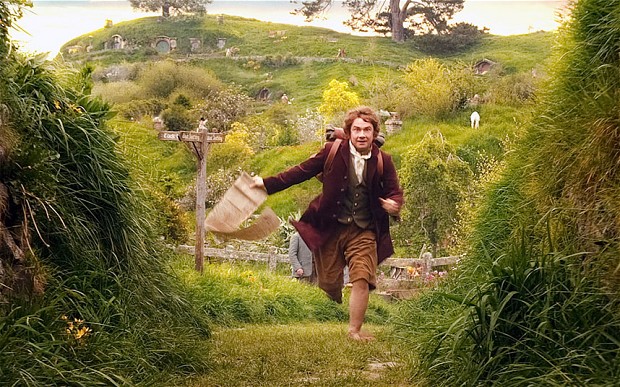 21. Drogo Baggins - Frodo’s father, rumored to have died in a boating accident.

26. Hamfast Gamgee -- Sam’s father, the old “Gaffer,” lived at 3 Bagshot Row and was a longtime gardener of the Baggins property.

34. Hildigrim Took -- Great-grandfather of both Merry Brandybuck and Pippin Took.

40. Hugo Bracegirdle -- He was known for borrowing books, but not returning them. So upon turning 111, Bilbo gave him a gift—a bookcase.

41. Lalia Clayhanger Took -- An enormously obese woman, confined to a wheelchair (in 3002, her attendant, Pearl Took, “accidentally” killed her by tipping her over into a garden). Lalia’s son Ferumbras never married, the rumor being because no one wanted Lalia as a mother-in-law.

45. Tobold Hornblower -- “Old Toby” was said to be the first person to grow pipe-weed in Middle-Earth. He called it Longbottom Leaf.

49. Lobelia Sackville-Baggins -- At first, she was an unpleasant, power-hungry hobbit who attempted to auction Bilbo’s possessions while he was gone and acquire Bag End for her family. But she later stood tall against Saruman, surviving imprisonment and living to be over 100 years old. In the end, she bequeathed her money to hobbits made homeless by the evil wizard.

56. Will Whitfoot -- Mayor of the Shire, later imprisoned by Lotho “Pimple” Sackville-Baggins.