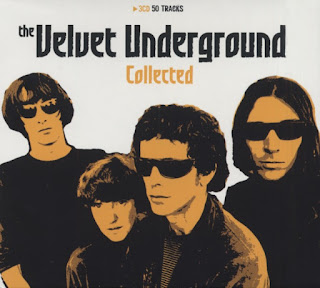 There have been scores of songs about literature—from “Paperback Writer” to “Tom Sawyer” to “Holden Caulfield” (by a Newfoundland punk band named Mopey Mumble-Mouse). There have been albums, too. The Steve Miller Band’s third album, for instance, was called “Brave New World.” But the most profound paean to authorship is certainly naming your band after a book. So this installment of the Why Not 100 focuses on 56 of them.

On this list you’ll find bands named after book titles (from Steppenwolf to Supertramp), characters (from Dorian Gray to the Dead Milkmen), and various other literary references (from Mott the Hoople to the Ministry of Love). You’ll find Faulkner and Fitzgerald, Hesse and Huxley, Steinbeck and Salinger, Dahl and Dickens.

And we’re not even including Bob Dylan (Bobby Zimmerman chose the name in reference to poet Dylan Thomas) and Moby (electric dance music pioneer James Hall got his nickname from being a distant descendant of Herman Melville). Enjoy the bands:

1. The Velvet Underground
Michael Leigh’s early ‘60s book about a secret sexual subculture became the name of the band co-founded by Lou Reed, managed by Andy Warhol, and eventually elected to the Rock and Roll Hall of Fame.
2. Steppenwolf
The band that had late ’60s hits like “Born to be Wild” and “Magic Carpet Ride” took its name from the title of a book by German-Swiss author Herman Hesse. Before then, they called themselves The Sparrows.
3. Supertramp
They took their name from a 1908 book called The Autobiography of a Super-Tramp by Welsh writer W.H. Davies. They reached superstardom with their 1979 Breakfast in America album, which included “The Logical Song” and “Goodbye Stranger.”

4. Genesis
The Hall of Fame band (which included Peter Gabriel and Phil Collins and sold more than 150 million albums worldwide) recorded its first album in 1969. Befitting its Bible origins, the album was called From Genesis to Revelation.

5. Manhattan Transfer
The group, named for a 1925 John Dos Passos novel, has had several incarnations. Appropriately, perhaps, its biggest hit was a cover of “The Boy from New York City.” 7. Of Mice and Men
One of this California metal-core band’s founders, Austin Carlile, explained that he and co-founder Jaxin Hall “both had plans for life, and they got screwed up, so now we’re making the most of what we can.” Sort of like Steinbeck’s George and Lennie.

8. As I Lay Dying
Another metal-core band from California offering a nod to a classic novel, a title that William Faulkner took from a passage in The Odyssey. Another Faulkner novel, Pylon, inspired the name of an oft-reincarnated alternative rock band.

10. The Brave New World
The psychedelic Seattle band, named after Aldous Huxley’s futuristic novel, survived from 1966-73. The indie rock band the Feelies is named after a fictional entertainment device in the book. And another Huxley novel, Eyeless in Gaza, is the name of an English musical duo.

11. Nine Stories
It was the title of J.D. Salinger’s collection of short stories, published in 1953, and Lisa Loeb’s first band, formed in 1990.

12. A Confederacy of Dunces
The band may or may not have been familiar with a passage in the book, when author John Kennedy Toole describes “a small band of young men” who “stood before the phonographs as if it were an altar.”

13. The Grapes of Wrath
The Canadian folk rock band formed in 1983, disbanded in 1992, and reformed in 2009. Supposedly, when they chose the name, none of the band members had actually read John Steinbeck’s book. 14. Fear and Loathing in Las Vegas
Hunter S. Thompson’s novel had a subtitle: A Savage Journey to the Heart of the American Dream. But the band (formed in 2008) is described as a “Japanese scream/digital hardcore” group.

16. Ubik
It’s the name of a Seattle band and a 1969 sci-fi novel by Philip K. Dick, which critic Lev Grossman described as “a deeply unsettling existential horror story, a nightmare you’ll never be sure you’ve woken up from.”

17. Oryx and Crake
Margaret Atwood says her critically acclaimed 2003 post-apocalyptic novel is “speculative fiction.” The Atlanta band named after it has been described as “indie-rock” and “orchestral-pop.” Two songs “Oryx” and “Crake” also appears on a 2013 album by The Knife.

20. The Tommyknockers
Contemporary New Orleans rock-and-rollers named for Stephen King’s 1987 science fiction novel. It was also the name of a song by a German metal band. 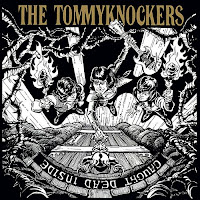 22. Catch 22
What genre of music haven’t we touched upon? How about ska punk. The band was formed in 1996, 35 years after Joseph Heller published his classic novel.

23. Titus Andronicus
It’s unlikely that when William Shakespeare was writing his first tragedy, set during the last days of the Roman Empire, he thought it would someday be the name of a New Jersey punk rock band.

24. Hot Water Music
Another punk band, this one from Florida and now disbanded. The name came from the title of a 1983 collection of short stories by Charles Bukowski.

25. Wreck of the Hesperus
Incongruity? How about this being the name of a 19th-century narrative poem by Henry Wadsworth Longfellow and a 21st-century Irish doom metal band that put out an album called Eulogy for the Sewer Dwellers.

26. Marillion
There are literally dozens of bands named after J.R.R. Tolkien’s universe—bands with names like Angmar and Isengard, Rohan and Rivendell, Mirkwood and Mordor, Gandalf and Arwen, Sauron and Smaug. But the neo-progressive rock band Marillion—which originally called itself Silmarillion after Tolkien’s epic collection of stories from Middle Earth, but shortened it to avoid potential copyright issues—has put out 17 albums. 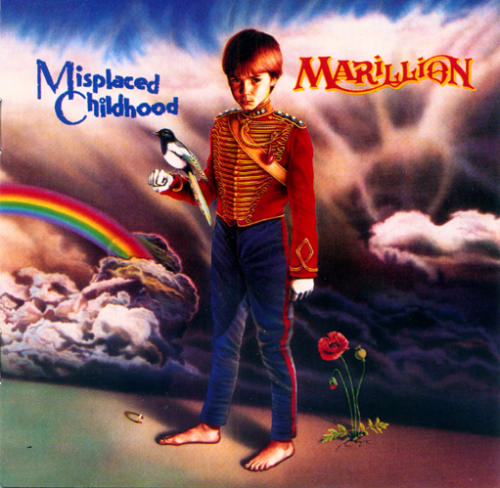 27. Big Brother and the Holding Company
They were named (by concert promoter Chet Helms) after George Orwell’s enigmatic dictator from 1984. When Janis Joplin joined as lead singer, their sound became bigger.

28. Uriah Heep
This seminal hard rock band of the ‘70s sold more than 40 million albums worldwide. In 1969, they changed their name from Spice to the name of a character from David Copperfield, in part because Charles Dickens was ubiquitous around Christmas that year.

29. Veruca Salt
The spoiled rich girl from Roald Dahl’s Charlie and the Chocolate Factory became the name of a Chicago alternative rock band in 1993.

30. Holden Caulfield
J.D. Salinger’s rebellious teenager from The Catcher in the Rye is an icon of literature—and the namesake of a band with an album called The Art of Burning Bridges.

31. Dorian Gray
In Oscar Wilde’s only published novel, The Picture of Dorian Gray, the title character sells his soul so that only a painting of him ages, not the man himself. That’s one way to stay young. Or you can simply start a rock band named Dorian Gray—as two groups (one in Germany, one in Yugoslavia) did.

32. The Boo Radleys
The English alt-rock band of the 1990s—named for the reclusive and unforgettable character from Harper Lee’s To Kill a Mockingbird—had one top ten single called “Wake Up Boo!”

33. The Artful Dodger
The pickpocket from Dickens’s Oliver Twist lent his name to an American power rock band. Their second album was called Honor Among Thieves.

34. Augie March
An Australian pop rock band named after the protagonist in Saul Bellow’s The Adventures of Augie March.

35. Billy Pilgrim
An American folk rock duo based in Atlanta (not to be confused with art rock band Sweet Billy Pilgrim), named for the antihero of Kurt Vonnegut’s Slaughterhouse-Five.

36. Fu Manchu
Discordance? How about a Southern California stoner rock band named after an enduring criminal genius from the early 20th century.

37. Weena Morloch
In H.G. Wells’s Time Machine, Weena is a love interest in the future, and the Morlocks are cannibalistic hominids. An electronic band combined the names. 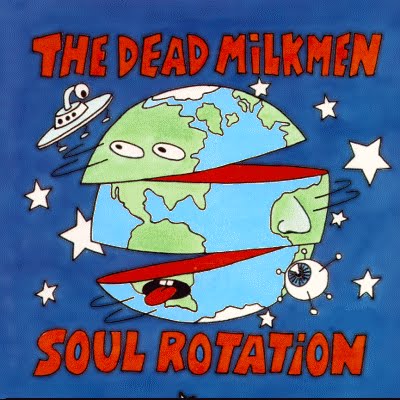 39. Grace Pool
Alterna-folkies who took their name from a minor character in Charlotte Bronte’s Jane Eyre.

40. Benny Profane
A rock band from Liverpool! But short-lived. In Thomas Pynchon’s debut novel V, Profane is a discharged U.S. sailor with a sidekick named Pig Bodine. The band’s first song was called “Where is Pig?”

41. Fiver
Lost the Plot was the first album by Fiver, a pseudo-solo act (Simone Schmidt) named for the fictional rabbit from Richard Adams’s Watership Down.

42. The Ophelias
In “Hamlet,” William Shakespeare’s Ophelia is a noblewoman of Denmark. In San Francisco, the Ophelias put out three albums in the late ‘80s.

43. Oberon
A free-form Oklahoma band that writes songs about space—named after the duplicitous king of the faeries in Shakespeare’s “A Midsummer Night’s Dream.” Go figure.

44. Frumious Bandersnatch
The 1960s psychedelic rock band (which later splintered into the Steve Miller Band and Journey) took its name from the frumious (adjective) Bandersnatch, a creature in Lewis Carroll’s nonsense poem “Jabberwocky” from Through the Looking-Glass.

45. The Mugwumps
According to William S. Burroughs in Naked Lunch, “Mugwumps have no liver and nourish themselves exclusively on sweets. Thin, purple-blue lips cover a razor sharp beak of black bone with which they frequently tear each other to shreds.” Sounds like a rock band, in this case a short-lived ‘60s version whose members later formed the Mamas & the Papas and the Lovin’ Spoonful. 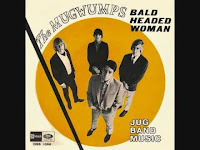 46. The Doors
In 1965, Jim Morrison and his mates chose to name themselves after Aldous Huxley’s book, Doors of Perception, about an afternoon mescaline trip. Huxley took his title from a line in a William Blake poem, “The Marriage of Heaven and Hell.”

47. Steely Dan
Something you may wish you didn’t know: These Hall of Fame rockers named themselves after a prominent sex toy in Naked Lunch.

50. Gatsby’s American Dream
This Seattle band has a lead vocalist named Nic Newsham, which would have been a great character name in F. Scott Fitzgerald’s The Great Gatsby.

51. Pooh Sticks
A Welsh indie pop band of the late ‘80s and early ‘90s, named for the dropping-sticks-from-a-bridge game, their song “I Know Someone Who Knows Someone Who Knows Alan McGee Quite Well” sounds like a declaration from the Hundred Acre Woods. 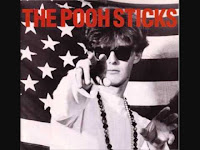 52. This Mortal Coil
Surely, when Shakespeare was writing this in “Hamlet”—“For in that sleep of death what dreams may come, when we have shuffled off this mortal coil”—he was envisioning a pop supergroup four centuries later.

54. Modest Mouse
In “The Mark on the Wall,” Virginia Woolf writes about “the minds of modest, mouse-colored people.” Modest Mouse’s frontman, Isaac Brock, said, “I chose the name when I was fifteen. I wanted something that was completely ambiguous.”

55. Mott the Hoople
The British rock band is best known for “All the Young Dudes,” written for them by David Bowie in 1972.  While in prison on a drug offense, record producer Guy Stevens read the novel Mott the Hoople by Willard Manus—about an eccentric who works in a circus freak show. It became the name of a band and its first album.

56. Love Craft
H.P. Lovecraft was an American horror fiction writer who only became famous posthumously, dying in poverty in 1937. But his work inspired songs and lyrics by the likes of Metallica and Black Sabbath. In 1967, a Chicago psychedelic rock band named itself H.P. Lovecraft and played haunting, eerie music inspired by his writings. They soon shortened the name to Lovecraft and eventually Love Craft. 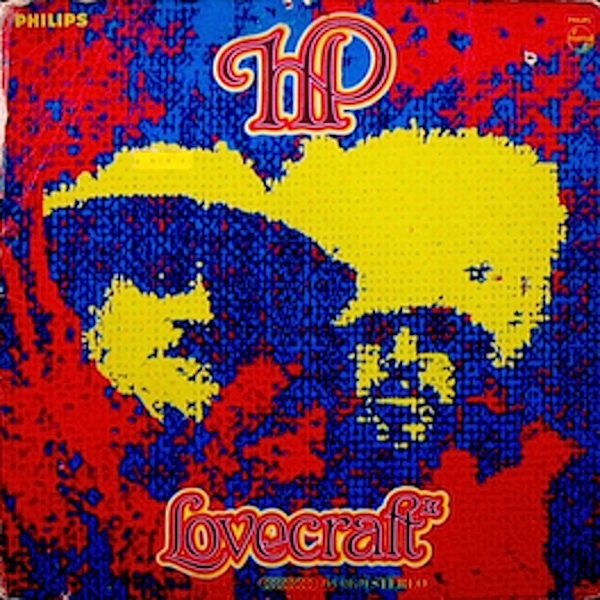